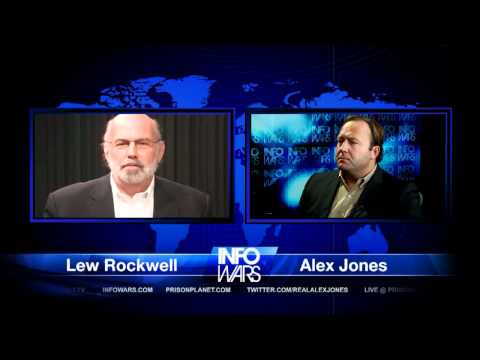 Bitcoiners' efforts to put Bitcoin back on Wikipedia, 2010

On July 30, 2010, the Bitcoin article on Wikipedia was deleted, and it took until December to restore it. "No notable third-party coverage" was the main reason for deletion. Yes, there was a time when Bitcoin wasn't even being used by drug-dealers, so there weren't great stories for the press. Frustratingly, the Bitcoin Wikipedia page had existed since March 8, 2009, and by July 2010 it had been refined and polished to the point where it seemed to have met Wikipedia standards. More frustrating about the deletion, perhaps, was that Bitcoin was not easy to comprehend in July 2010, so a Wikipedia article was critical to helping bitcoin adoption. Without it, how else were you to tell your friends, taxi drivers and parents what it really was?
On August 4 of 2010, the outcry was great enough from the community at bitcointalk that the Bitcoin page on Wikipedia was put up for deletion review. However the page's deletion was upheld. Then when bitcoiners lobbied for another deletion review in September the deletion was once again upheld.
The main reason for keeping it deleted in each instance was the lack of notable, credible sources. One of the wiki editors said "The message to Bitcoin's supporters is: you would be better spending your energy in writing articles about it and getting them published in some reliable industry journals (i.e. those with enough editorial control to be accepted here as reliable sources). When you have achieved that, you can cite them as references and there will be no problem here. Your mistake is to try to use Wikipedia as the start of your promotion campaign - that's not what it's for."
Fair enough! Bitcoiners at the time were using bitcoin-related sources as their "credible sources", and wiki editors weren't falling for it. Eight out of eight citations on the June 2010 Wikipedia page were from bitcoin.org.
Here's another brief interaction between non-deletion user "Em3rgent0rdr" and glacier expert (and wiki deletionist) Polargeo:


There are now close to 5 million bitcoins, and at the current exchange rate of ~$0.22 USD/bitcoin, that means approx $1,100,000 USD worth of bitcoins exist in the bitcoin economy. This is significant. --Em3rgent0rdr
My uncle has a house worth more than that. Do you think his house should have a page on wikipedia? Polargeo


I understand Polargeo's point, but I've always taken a guilty satisfaction in knowing that Bitcoin's market cap has eclipsed the value of his uncle's house.
Eventually coverage from The Irish Times, Lew Rockwell and PCWorld put enough independent journalistic credibility into bitcoin, that the third deletion review came back with a Restore decision. The conservative crew at Wikipedia gave this warning before restoring the page: "if restored, protect immediately from new users-this one is a crapmagnet".
Take a deeper look at the Bitcoin Wikipedia page's stats, you'll see lots of work put in (for no miner's reward!). 2,452 editors and over 13,000 total revisions. If you're a Bitcoin Wikipedia editor, I'd love to hear from you in the comments below.

Nov 17, 2013 - Bitcoin is changing the face of money. The world's leading digital currency is changing lives and setting standards. See more ideas about Bitcoin, Crypto currencies, Digital. Bitcoin (af " stykke" og engelsk " coin" = mønt) er en implementation af kryptovaluta , en digital valuta, skabt i 2009 af Satoshi Nakamoto (formodentlig et pseudonym), hvis hovedformål er at muliggøre betalinger over Internet direkte mellem brugere uden nogen indblanding fra tredje part. [1 ] [2 ] Til forskel fra mange andre valutaer stoler Bitcoin ikke på nogen central udsteder i form af ... David Kramer is one of them and has made an interesting post over at Lew Rockwell, about Bitcoin. Lets take a look. I’m sure by now many of you have heard about Bitcoin. The fact that it’s called “virtual currency” gives you an idea about its actual value as a real medium of exchange. This isn’t true; the only thing that gives you an idea about its value as a medium of exchange is ... The founder of Dwolla (a payment processor many Bitcoiners depend on to move dollars into Bitcoin) breaks his silence regarding fraud in a guest post on Silicon Prairie News. It’s impressive the company stayed quiet for as long as they did. It took Paypal only a few weeks to disallow Paypal transfers between exchanges. Some […] Simit Patel – I Want My Virtual Currency. By admin on July ... ^ DiabloMiner, OpenCL miner for BitCoin ^ poclbm, Python OpenCL bitcoin miner ^ Bitcoin Pooled Mining ^ Primo blocco estratto con ricompensa di 25 BTC, su blockchain.info. URL consultato il 18 dicembre 2012 (archiviato dall’url originale il 30 novembre 2012). ^ Il primo blocco generato con ricompensa 12.5 BTC, su blockchain.info. ^ Bitcoin-Qt version 0.8.2 released, su bitcoin.org. ^ Online ...